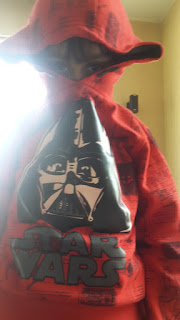 But as he reached the gate of our apartment, he murmured to me “Mummy, I don’t want to go to school.”
It was not a tantrum. It was not a defiant statement.

To me, it was simply a whimper, a cry for help of a confused child who knew he may not fit in.

Our Fight to Fit In