Skip to content
A well deserved vacation! Or so I thought. Macau and Hong Kong was the destination. But thanks to our travel agent, TRIP FACTORY*** who decided direct flights suck, Singapore got added to the itinerary.

So how did we manage to keep an over excited hyper almost 10 year old in check during the hours we were stuck in public spaces?
We preyed on his weakness – EMBARRASSMENT! 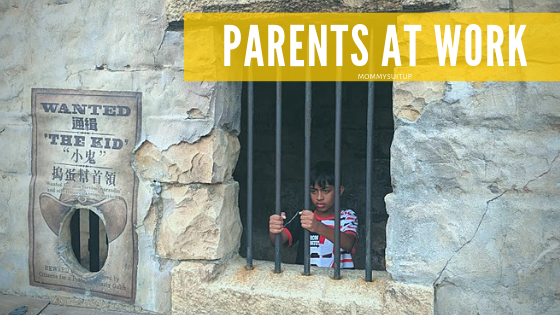 Every now and then, we took turns to say “This is my son Y___. I am his father/mother and now I will dance.”
Of course my husband’s dancing skills can sometimes cause that effect but the issue was not the quality of the dance. The very idea of us doing “something” (even as simple as dancing) in public was embarrassing to our son.

When he was four or five, I wrote about it in Shame Shame. We believed he would grow out of it and we thought he did, till recently. Now, he disapproves of everything. My bra strap showing, us hugging/kissing/showing affection in public, guess what, he will not wear certain jeans that I paid shitloads for, simply because his underwear MAY show in them!

Every morning before he steps out of the bathroom, we have to draw the curtains close and lock the door shut. The cleaning lady leaves the room before he gets in for a shower just so our man is not offended or worried.

Needless to say, his crap pisses the life out of me.

When I was younger my brother would drive me up the wall with his “parisara botham“* which means be aware of your surroundings. I respect my surroundings but to be constantly overshadowed by it especially because of my gender, as you can imagine would drive me nuts. Now I have a son who is so conscious that he defines who he is, what he wears and how he looks by the people around. IT IS CRAZY!

How did we manage it?
Thomas an atheist & feminist who married a divorcee single mother at 34 and me, who has herself been tagged “viplavam“* by her own father. How did we raise a socially conscious maniac, who will fall into line because we threatened to dance in public?
So much so the very idea moved him to tears.

So through the holiday, at airports, in immigration queues, at Disneyland, at Ocean park, at the receptions of the stunning Venetian Hotel, the warm yet bug infested Metropark Kowloon, and the crabby Park Royal at Singapore, not to forget the Universal Studios and the metro rides, at market places and churches we threatened to dance. I even did some pretend bharatnatyam…Thomas managed the Egyptian walk.

Horrible as we felt, it was working, and as every parent knows, if it works, you use it till you can!

We are back. We are exhausted. We had a good time as a family despite Trip Factory.
But above everything else, in ten days, we succeeded to bring our son back to the dark side.

To the point where on the flight back he said “It doesn’t matter…go ahead. I won’t get embarrassed.”
This morning, as he got out of the shower, he did draw the curtain close.
But he walked to the window on his own, and did it without a fuss.
Now that, I can deal with 🙂

***On a side note, NEVER USE  TRIP FACTORY for any of your travel needs, unless you believe that the journey is more beautiful than the destination, bed bug filled mattresses are more experiential and not being picked up at the airport is more interesting than having someone holding your name plaque at the airport. If you enjoy things going wrong constantly especially with kids in tow, they are your people!

by Ann Thomas Time to read: 3 min
Education Lessons I Learnt Teaching My Son to Write
Parenting Mama Not Know Everything!