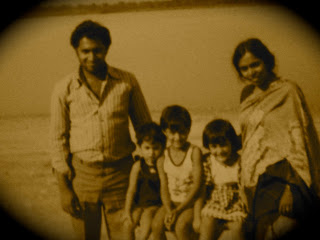 We moved from Nigeria to Gurgaon when I was in first grade and to Bahadurgarh in less than a year. There were no large conversations that I can remember from that time.

But post that, I know that as a child I was always involved in every large decision in our family. I always felt like an important member of our family.

When dad and mom struggled to build Bal Bharti School in Bahadurgarh from close to nothing, we were always a part of that conversation. We used to walk with Dad to school in the evenings every opportunity we got. We would watch him oversee the workers at constructions, manage paperwork being done, the ground being cleaned out; we sat through, next to him, as he laid out large sheets and drew out columns preparing the timetable manually through the night, mom by his side…we saw them work through it all together as a team, squabbling now and then, but always a team.
Even the day he resigned from that school, he included us in the conversation. He told us didn’t have a plan, but we’d figure something out. We were a part of that situation. 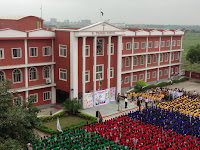 I remember them struggle to choose between a new life in New Zealand, the visa paperwork almost done, or to work on his dream project. We were part of those conversations. We saw dad draw out the logo for his school, we saw him draw out the building plans, we stood with them in the sun as the buildings were laid out brick by brick for St. Thomas School, we registered application forms on day one too.
When Graham Staines was burnt, we saw them getting calls and threats. We saw them threatened and bullied for being malayalee christians in a land that was not theirs — how could these people not know that our parents had made their land ours with their blood and sweat?
We were with them as students came home to visit them years after they graduated.  We were there as they promised to educate the children of the man that had once attacked and abused my father, threatened to kill him.
We were always watching.
We learnt, while they did.
My friend told me about her mom waking her family from sleep the night Bhopal gas tragedy happened. People were dropping dead in the streets. Her father pulled any and every person on the street they drove past as they rushed as far as they could.
She was 8.
They were watching too.
The memory is etched forever.
Her doors are always open for help. Her family is always a text away in any situation.
Disaster has struck India again, this time in Kerala and Kodagu. People are reeling in pain and loss.
Muralee Thummarukudy, Chief of Disaster Risk Reduction in the UN Environment Programme, in a video tells us that rebuilding after disasters is a marathon race and not a sprint. Disaster, he says, is an opportunity to create a new future.
This disaster is my opportunity to teach my children.
My opportunity to do, as they watch. 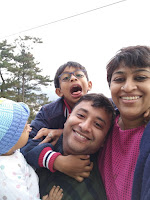 by Ann Thomas Time to read: 2 min
Life The Bird That Came home
Life My Tryst with Triage