Skip to content
My son came home with two numbers written in his notebook. “There is a South City Super League happening. Could you please find out more?”
I was happy to oblige and made the calls.
Excited as he was, we managed to get him to field in time with his ball and gear. He paid the fee and joined his teammates. As the referee blew the whistle, another kid – a friend of the captain, joined them, and my kid was quickly sidelined and asked to sit on the bench as a substitute.
Match after match, he waited by the field in the hope that he would be called in to play.
He waited for three hours. In the sun and in the rain, he patiently waited.
He never got to play.
Earlier in the day, a parent ranted about how young kids had no concept of fair play and I stood around listening quietly. A part of me refused to believe that kids were already unwilling to accept others or, in any way, biased.
The captain is a child himself, 10-12 possibly. How does a child so young learn these biases?

And this is not a case in point about one child. Children are constantly having to sit out a game on the bench, not because of their inability to play the game, but because, they were rejected by their peers.

And as I speak to more adults about the “kid on the bench”,  I hear in them the pain of rejection they felt. Some even having to leave a sport they loved because they lacked the ability to impact the leader.

I am not concerned about the rejection.
My son for example didn’t get angry, he didn’t throw a fit, he didn’t even whine.
As a parent, I am proud of the person he is slowly becoming.
Life will deal us a bad hand now and then, and our kids will have to learn to work around that. 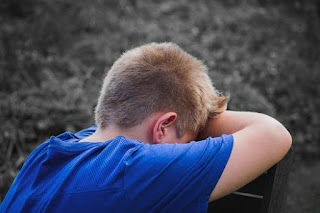 We have forgotten that we teach by example.
The teacher who chooses her favourite kid for the lead role in the play, the parent who comments on the differently dressed neighbour, the dad who jokes about the accent of his colleague…
We are all constantly teaching them it is ok to judge and to push people to the sidelines.

And by keeping silent and ignoring the issue, we may have lost the opportunity to teach our children to speak up for the less opportune, to show by example a lesson in inclusiveness.

We may have taught them instead to turn a blind eye to the heart break of the child who eats alone, to ignore the desperate hello of a kid aching for a friend, and to simply include some one who doesn’t seem to belong.

The Kid on The Bench!